Every Halloween party needs a great soundtrack. Spooky halloween music that talks about the delightful creepiness of the occasion can obviously make your Halloween memorable.

Halloween is coming just around the corner. The night of trick or treating, costumes, candy, and all things spooky. You may have already prepared for celebrating this year's halloween, how about halloween theme songs? The scary halloween music is a necessity to the Halloween party or other related activities. Here we provide a list of top halloween songs that absolutely feature at your halloween party, halloween photo slideshow – or, failing that, songs you could load onto your iPod to help you get in the mood of the halloween atmosphere.

No.1: "Thriller" by Michael Jackson

"Thriller," which hit No. 4 on the Hot 100 in 1984, is the most-downloaded Halloween-themed hit of all-time. Strongly recommended!

No.2: "Monster Mash" by Bobby "Boris" Pickett & the Crypt-Kickers

"Monster Mash" has been on Halloween party playlists ever since. It reached #1 on the Billboard pop singles chart when initially released.

No.3: "A Nightmare On My Street" by DJ Jazzy Jeff and the Fresh Prince

D.J. Jazzy Jeff & the Fresh Prince (aka, Will Smith) brought hip-hop into the Halloween game in 1988 when they took their tune about "Nightmare on Elm Street" villain Freddy Krueger all the way to No. 15 on the Hot 100.

No.4: "Ghostbusters" by Ray Parker Jr.

This #1 pop hit is certain to get everyone shouting along, The halloween song "Ghostbusters!" is suitable for all ages and it isn't scary. It is simply pure fun.

No.5: "Tubular Bells" by Mike Oldfield

Can you say creepy? The producers of The Exorcist knew what they were doing when they chose this song for a theme.

No.6: "The Time Warp" by Rocky Horror Picture Show

Every party needs a group dance moment. "The Time Warp" is easy to follow.

No.7: "Werewolves of London" by Warren Zevon

This is a great hit from the '60s which went to number one in the UK.

This halloween theme song is good for planning a more hardcore party than the others.

No.10: "Somebody's Watching Me" by Rockwell

The creepy halloween song went to #2 on the pop singles chart in the US and was certified gold. 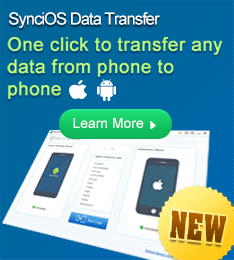